Issue 2: What Life Insurance Brings to a Financial Portfolio 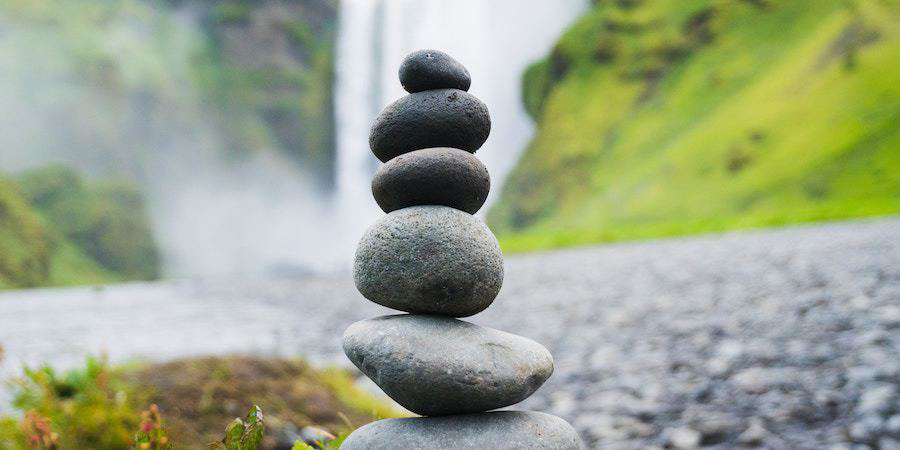 What Life Insurance Brings to a Financial Portfolio

During a client meeting a few months ago, I asked the savvy investor I was meeting with about what initially brought him to Paradigm Life.

“I knew something was missing from my portfolio, I just didn’t know what it was.”

Mark had always been a fairly aggressive investor by standard definition. He took what some people might consider big risks as he looked to diversify his portfolio, grow his wealth, and plan for an early and very comfortable exit from full-time employment.

For the last two decades he’d evaluated and invested in everything from startups, to ATMs, to income properties, to dividend-paying stocks, to oil and gas, to medical devices, to hard money lending, even currency. He amassed a significant pool of wealth in the process. By and large, his portfolio investments had been extremely successful, despite the Great Recession of 2008 and 2009.

Most people would put Mark’s background and portfolio side-by-side and see red flags everywhere. He had no personal experience building and launching a tech startup, did not come from a medical background, wasn’t brought up in an investment-savvy family, and didn’t have any formal financial education.

Still, Mark’s portfolio was thriving under his primary direction. It was outperforming those managed by many of my clients who brought to the table the impressive investing credentials Mark was seemingly lacking, as well as those of other clients who relied heavily on experienced professionals.

In our conversation, he shared that the high cash value whole life insurance policy we had been discussing filled a crucial gap in his financial portfolio. In previous years when he’d been attracted to new, emerging, innovative, and under-capitalized investments, he now sought something simple and dependable.

Despite his research of every opportunity he invested in, Mark understood that none of his investments came with any guarantees. Many were market-related, and he was looking for something that would provide additional security as he significantly reduced his working hours. His investment “risk tolerance,” as he described it, was changing.

If you’ve ever opened an IRA or market account, it’s highly likely you were asked about your own risk tolerance: high, moderate, or low. For those that aren’t sure and ask for some guidance on how to determine how tolerant they are, most advisors point first to age. “You’re young. You’ve got time on your side, so even if some of these more aggressive investments don’t perform, you have years left to recoup losses before you’ll need that cash to retire.”

This approach to investing is particularly dangerous, although many investors don’t realize it until it’s too late. If you check the high risk tolerance box, your advisor has the green light to make what many people might label unusually aggressive moves. If you end up losing - which is often the case - the loss is your own doing because you were too risk tolerant.

Similarly, if you check the low risk tolerance box, your advisor is let off the hook. The low returns were all that was possible given your stringent avoidance of any risk.

In either scenario, control is willingly handed over to an advisor, yet the accountability for how investment decisions play out over time remains yours. It sets a dangerous precedent for how the typical investor will think about investing, often contributing to years of un-maximized financial potential and unnecessary loss.

The concept of risk has fascinated me throughout my financial career, and I think there’s a common misunderstanding about what makes an investment “safe” or “risky.”

My conclusion is that risk, unlike what we’ve been taught, is not as much a characteristic of a particular investment as it is a function of the experience, knowledge, and education of the investor.

Any smart investor will look at rates of return, market opportunity, collateral, and historical performance. The best investors, however, don’t stop with simple due diligence.

Take Mark, for example. When the opportunity to invest in a new medical device presented itself, Mark didn’t just evaluate the cost, go-to-market strategy, timeline for return, and why other similar attempts had failed.

He dove head first into the entire industry. He evaluated the volume of potential buyers. He explored the concept of leasing. He researched the illnesses, hereditary patterns, symptoms, quality of life, access to care, current treatment methods, insurance coverage, and medication-caused side effects of the people the devices were designed to treat. He also investigated the historical performance of the team behind the investment.

For Mark, a man with no medical or medical investing background, this process wasn’t just informational. It substantially decreased the risk of his investment.

When I asked him what made him decide to move forward, he pointed to his understanding of timelines. At predictable junctures where other investors may have gotten nervous and pulled their funding, Mark felt confident staying put. He was able to better predict those events ahead of time and rely on his education, rather than his emotions, to make the right decision.


I believe there are two primary drivers of these problems:


Diversification is a concern of almost every client we work with. Many come to us with what they believe is an already well-diversified portfolio - money in a 401(k), IRA, real estate, small and large cap stocks, bonds, and even some international markets.

What they often don’t realize is that most of their assets are correlated. While it may seem like many different pots are shielding them from loss, what’s really happening is that they’re betting every last penny they have on the markets their assets are traded on. It doesn’t matter how many pools or accounts they have - each bucket’s value is based on market performance. If the market takes a hit, so will every one of their account balances.

Portfolio performance in this instance is tied to systematic risk: the risk that’s inherent in the entire market, not just a particular holding. They fail to adequately prepare for this inherent volatility. Their interpretation of “safe” is skewed, and they make poor decisions with other assets as a result.

There’s something interesting happening now that illustrates a few of the problems above in a particularly gruesome light.

As a country, we’re going into debt in order to save. We’re paying interest on everyday purchases in order to secure what will likely be a close-to-zero or negative net gain on our savings by the time we can withdraw it. We’re financing the possibility of a few percentage points of annual growth in good market years with often double-digit credit card interest rates that worsen our balance sheet year over year.

All the while, masses of people suffer through jobs they don’t particularly care for just to make it all possible.

For those that have escaped this trap, diversification often still remains an issue and financial portfolios remain largely (and for some people, entirely) exposed to market fluctuations.

So where does life insurance investing fit in, what role does it play in a financial portfolio, and how does it stop the above from continuing to plague future generations?

Most advisors would probably say that insurance is part of a well-diversified and risk-sheltered financial portfolio. But it’s not.

Insurance is the foundation that your financial portfolio sits on top of.

It is one of the most predictable and protected financial assets one can have. Underlying returns are guaranteed with a high likelihood of dividends. Cash value is guaranteed. Access and liquidity is guaranteed. While your financial portfolio may still contain real estate, stocks, bonds, typical retirement accounts, or other market-based assets, your policy’s performance isn’t subject to the performance of any other asset.

Under typical investment language, many would define insurance as a “safe asset.” But remember that this is where your experience, knowledge, and education as an investor come to play, as those are what ultimately define your “risk tolerance.”

I’d argue that anyone willing to invest or allocate assets based entirely on someone else, failing to accept the responsibility of educating themselves as much as possible about the opportunity, has an incredibly high tolerance for risk. The characteristics of the opportunity itself don’t matter. The act of relinquishing control to another person or entity or government body for financial decision-making is nothing but risk.

Mark used to define himself as highly risk tolerant. But he’s actually one of the most risk intolerant people I’ve ever known. He relies on himself exclusively for making financial decisions. He educates himself on opportunities to a level rarely seen outside financial professionals. He leverages the expertise of trusted financial professionals to improve his own education. He understands what he’s trying to achieve with every investment he makes, and aligns his expectations and future decisions accordingly. He is well diversified and carries many non-correlated assets. He has also now removed everything Wall Street-related from his portfolio.

For years, Mark had a goal of retiring early with a specific number of dollars to live on. Over the last few, however, he realized that beaches and mai tais weren’t actually components of the lifestyle he wanted. He realized that full retirement wasn’t what he wanted. He wanted to continue working, but on his own terms and in an entirely different capacity. He also wanted to leave something behind.

Last year Mark took four months of reduced working time to focus on developing an entirely new skill set he plans to use as he partially, and permanently, scales back his current career. He paid for classes, education, travel, and living expenses with a life insurance loan.

Mark has eliminated much of the emotional turmoil that most Americans deal with. Unlike most, he does not trade his time for money. He doesn’t suffer through the work day with frustration and anxiety, pack away savings into poorly-chosen and misunderstood retirement accounts on the hope it will work out in the end, or worry about overwhelming credit card balances.

Mark’s money - his insurance foundation and the financial portfolio that sits on top of it - work for Mark.

Most people don’t realize how simple this kind of financial wellbeing is. Whether it’s choosing to focus on immediate barriers or failing to recognize that money isn’t just a long-term game or a short-term game, we continue willingly (and even eagerly in many instances) to hide ourselves from financial opportunity.

So when we get asked by prospective clients and friends of clients about what life insurance brings to a financial portfolio, it’s like being asked to define a number that doesn’t exist.

How can one quantify the return of the ability to exit the rat race, pursue any career, change any career, not be bound to market bursts and crashes, redirect energy that used to be spent worrying about money to other endeavors, leave a legacy, establish and protect generational wealth, spend time developing meaningful relationships, contribute to our world in ways you’re proud of, sleep soundly at night, and live a more fulfilling life?

Properly structured life insurance investments are not an addition to a financial portfolio. They’re the foundation for developing assets, including yourself, in ways that can ultimately bring about significant financial return.